Takuro Kokubun, founder of SUPER NEKO ARCHITECTS, is a Japanese architect. Takuro received a bachelor’s degree in architecture from Hosei University in Tokyo in 2005, received a master’s degree from Hosei university in 2007. In this year, he was in charge of concept design, schematic design in planning for a real estate company in Tokyo. In 2010, he joined HMA Architects & Designers in Shanghai, after having experience in conceptual design, development design and construction management of large-scale commercial facilities and complex facilities, he was promoted to associate director. In 2016, he engaged as a senior architect in Arata Isozaki + Hu Qian Partners in Shanghai. With a focus on cultural public projects, he worked on projects of various scales such as city planning, hotels, housing complexes, and personal art museums.
He established SUPER NEKO ARCHITECTS in 2019. 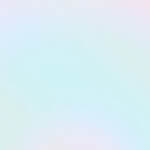